Don’t forget to change your clocks!!!

So here we go into British Summer Time. Clocks go forward 1 hour when many people will be tucked up in bed on 31st March 2019 at 1am. Unless you are a night owl like me!!!

Do you know who came up with the idea to change the clocks? 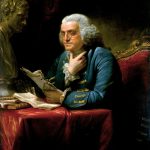 It was inventor Benjamin Franklin in 1784! He suggested if people got out of bed earlier, when it was lighter then they would save on candles.

Daylight saving came to the UK when a builder William Willett thought it was also a good idea.  He was Coldplay singer Chris Martin’s great great grandfather by the way, and in 1907, he published a leaflet called The Waste of Daylight, which encouraged people to get out bed earlier. He’d have had a job on encouraging me to get out of bed early. I like to snooze for as long as I can get away with it, probably same as many other Mums.

However, Willett was very passionate about having more daylight and spent most of his life campaigning that moving the clocks was a great idea. One of the reasons Willett wanted more light was his love for golf.  He was always getting annoyed when it started to get dark and he couldn’t finish is game due to the lack of light.

Willett wasn’t the first to think of the idea of making daylight longer by changing time.  Days were shortened and lengthed by civilisations gone by.  A Roman hour could last 44 minutes during winter, but 75 in summer.  George Hunter an entomologiest from New Zealand had proposed a two-hour shift in 1895 but his idea was ridiculed, and then 6 years later in 1901, King Edward VII put the clocks back 30 minutes at Sandringham so he could hunt for longer.

Some of Willett’s supporters included David Lloyd George and a young Winston Churchill, then president of the Board of Trade when the UK Government did actually discuss moving the clocks in 1908. One of his opponents was Prime Minister Herbert Asquith, who incidently was born in my home town of Morley. The bill was narrowly defeated in 1909 as were subsequent proposals as so many people didn’t like the idea. Two years into WW1, Britain was running very short on coal. Willett’s idea meant there’d be longer evenings and not as much demand for lightig powered by coal. Eventually, in 1916 the UK Government passed the Summer Time Act. It was a year after Willett died. The Germans did actually introduce it a year before the UK in WW1.

During WW2 the UK put the clocks forward by another extra hour during summer to cut industrial costs. This was called British Double Summer Time (BDST) but it didn’t last.

The start of BST

So here’s to brighter days and Spring just around the corner and sitting in the beer garden.

If you need help changing time in your day give me a call or email me – 07841711975 jules@purplevioletva.com and find out how I can help you to save time so you can get on with the important stuff to help build your business.

We use cookies on our website to give you the most relevant experience by remembering your preferences and repeat visits. By clicking “Accept”, you consent to the use of ALL the cookies.
Cookie settingsACCEPT
Manage consent

This website uses cookies to improve your experience while you navigate through the website. Out of these, the cookies that are categorized as necessary are stored on your browser as they are essential for the working of basic functionalities of the website. We also use third-party cookies that help us analyze and understand how you use this website. These cookies will be stored in your browser only with your consent. You also have the option to opt-out of these cookies. But opting out of some of these cookies may affect your browsing experience.
Necessary Always Enabled
Necessary cookies are absolutely essential for the website to function properly. These cookies ensure basic functionalities and security features of the website, anonymously.
Functional
Functional cookies help to perform certain functionalities like sharing the content of the website on social media platforms, collect feedbacks, and other third-party features.
Performance
Performance cookies are used to understand and analyze the key performance indexes of the website which helps in delivering a better user experience for the visitors.
Analytics
Analytical cookies are used to understand how visitors interact with the website. These cookies help provide information on metrics the number of visitors, bounce rate, traffic source, etc.
Advertisement
Advertisement cookies are used to provide visitors with relevant ads and marketing campaigns. These cookies track visitors across websites and collect information to provide customized ads.
Others
Other uncategorized cookies are those that are being analyzed and have not been classified into a category as yet.
SAVE & ACCEPT